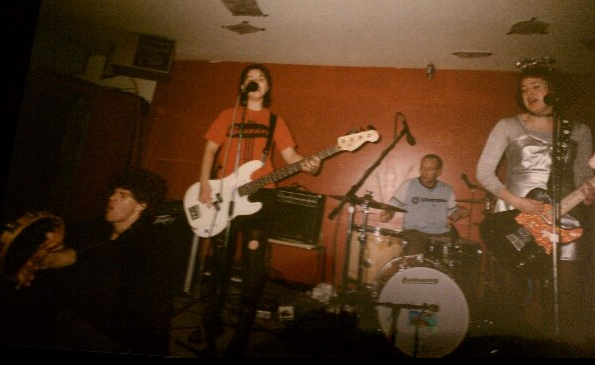 Lefty Lucy only released two EPs and appeared on cassette compilations in their brief time together. They also recorded an album, but the master tapes were destroyed in a Fargo flood before it ever saw the light of day.

Fortunately rough mixes exist, and all of this material has been compiled into Phantom Breaker 1993-1996 (mpls ltd 039). Limited edition picture disc, with download included. "Every other song reminds me of a different band from that terrain between punk and grungy alt-rock: Squirrel Bait, Gauge, later Husker Du, plus some incidental horns and a “Kids in America” cover for good measure. Worth a spin, even for a first-time listener."
- Indiana Laub (Razorcake)